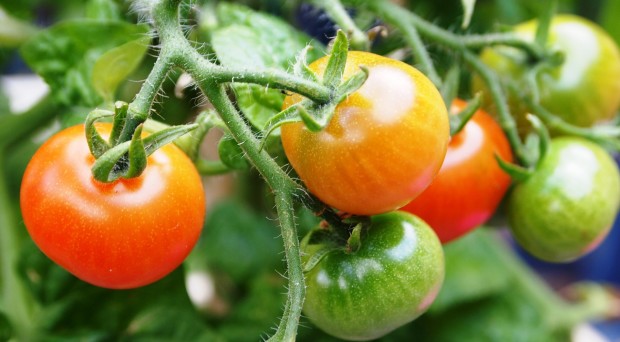 Welcome to 2098; there are no flying cars, no self-driving cars, no hovercrafts, and we have yet to conquer Mars. However, what we do have is chickens with 6 wings and corn that’s 4 feet tall and soy beans that are blue and nutrient dense. We are combatting world hunger with genetically modified crops (GM crops). We have successfully bread higher yielding grains, plants and animals to attempt feed the now 15 billion people on earth.

In 2018, GM crops already contribute to a huge source of the worlds food, they have a higher yield, they have limited deforestation as essentially, we need less crops than non-GM crops, as per the higher yield. Some GM crops are pesticide resistant which in turn has decreased the need for pesticides and sprays [1]. GM soybeans, cotton, canola and maize are predicted to have reduced pesticide use by 22.3 billion Kgs [2]. Some GM crops can be planted all year round, as they have been modified based on climate, environment and weather. These all seemingly lead to more sustainable agriculture and an efficient and environmentally friendly world [3]. So why all the controversy? Are GM crops evil, or a gift?

Genetically modified crops don’t simply mean 4 feet tall corn and 12kg potatoes. There is fear that GM crops will invade the ‘wild species’ or non-GM crop and become overly dominant resulting in extinction of the non-GM crop by hybridisation [1]. Another point for concern is that the GM crops will increase the fitness of weeds, which will result in ‘super weeds’ and ‘super diseases’ which can be understood by comparing the issue to antibiotic resistance in humans [4].

Many people try to avoid buying products in the supermarket that have used GM crops or GMO’s because they don’t want to be a human science experiment. The reality is genetic modification is a well-used practise in animal agriculture. Farmers breed out the bad traits like poor hooves, weak immunity and breed in bigger bulls, cows who produce more milk and more calves. Ultimately you can avoid buying GM products, but the meat and dairy you consume is fed GM crops and has come to you by a form of genetic modification, called selective breeding [5].

The issue with the debate surrounding GM crops is that everyone sits on one of two extreme sides. The pro GM crops community often are seen to be money seekers, large agricultural companies with no respect for people’s health, the planet or biodiversity. The fact that GM crops’ long term effect on our health and our planet is so unknown is why certain groups of people are uncertain, and aggressively against GM crops. The point is; it’s all very unknown. The topic is very controversial, complicated and hard to get a grip on, we are simply introducing a conversation here, and initiating a shift from unfamiliar to familiar.

GM crops and GMO’s dominate our agricultural sector, and divide humanity in two. We fear what we don’t know, it’s a trait of human consciousness.  I believe that ultimately, GM crops will be the risk we are willing to take as a species to meet the demands of our ever-growing population.

The question is; will we have GMO induced utopia? Or a GMO induced apocalypse? I guess we will find out in 2098.