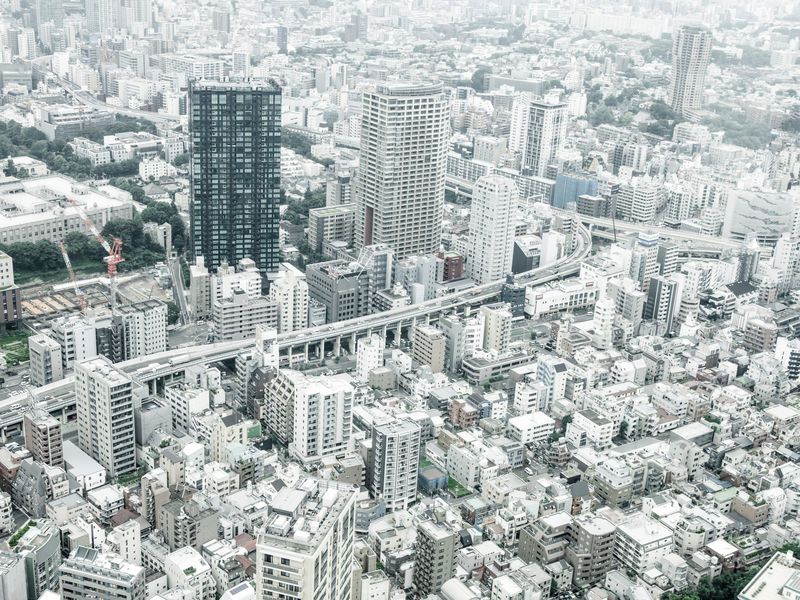 When visualising a metropolitan environment, it is difficult to let our minds wander from the usual illustration of dark or dimly decorated buildings, surrounded by the blackened footpaths and streets meandering beneath. This monotone colour, often associated with the urban environment, causes an area where absorption of sunlight is more readily possible. The lack of green spaces, minimal vegetation, and this predictably low albedo creates a relative difference in temperature gradients, between the urban area and the neighbouring rural areas. This effect is known as the Urban Heat Island Effect.

As well as this, urban centres continue to grow. The growth comes in the form of population, and energy consumption, and is to such an extent that cities now occupy approximately 2% of the earth’s surface, and consume over 75% of total energy resources 3. With roughly a third of the population effected by decisions made by cities, and close to half the world’s population residing in urban areas, it is no surprise that any impact to the city environment will affect a large proportion of the population1.

The Urban Heat Island Effect is one of the most well recognised climatic responses to interferences caused by urban development. It is commonly thought of as an accumulation of heat, locked in structures and features that have a limited albedo (reflectivity), such as roads and buildings 2. This limited albedo in the urban environment causes much of the heat from incoming solar radiation to be absorbed, and transformed into sensible heat, resulting in a large build-up of warmth 3. The accumulation of sensible heat creates an urban area with a higher temperature in relation to its surrounding rural areas despite similar weather patterns, thus creating the Urban Heat Island Effect.  Anthropogenic heating from excessive energy consumption, combined with heating from the Urban Heat Island Effect can result negatively for the urban area and its residents. Environmentally, the increased energy consumption and heating, impacts the climate of the region increasing temperatures, consequently influencing climate change. Higher temperatures also result in a less comfortable working environment, lowering the efficiency of employees, as well as increasing the cost and consumption of cooling, through air conditioning and other forms 4.

The implementation of green spaces is crucial in mitigating the effects of the Urban Heat Island. Grass has a much lower albedo than concrete, so will less readily absorb the incoming solar radiation, and instead will reflect more back into the atmosphere. This means that less sunlight is being transformed into sensible heat, so less heat will be able to accumulate. The implementation of vegetation in the city can also be of significance. The combined effects of evapotranspiration and shading from vegetation results in significant reductions to temperature and in some areas, can lead to the creation of a cool island effect in the city 3.

While the city lifestyle and its accessibility is attractive, it is the factors which make up the city setting which are proving detrimental. Many residents continue to trade their luscious pastures for the concrete jungle. Instead, the plan should be to try and reverse this trend, by bringing some of the rural land to the city. This implementation will allow for the negative effects of the Urban Heat Island to be mitigated and for urban planners to push toward a healthier environment.