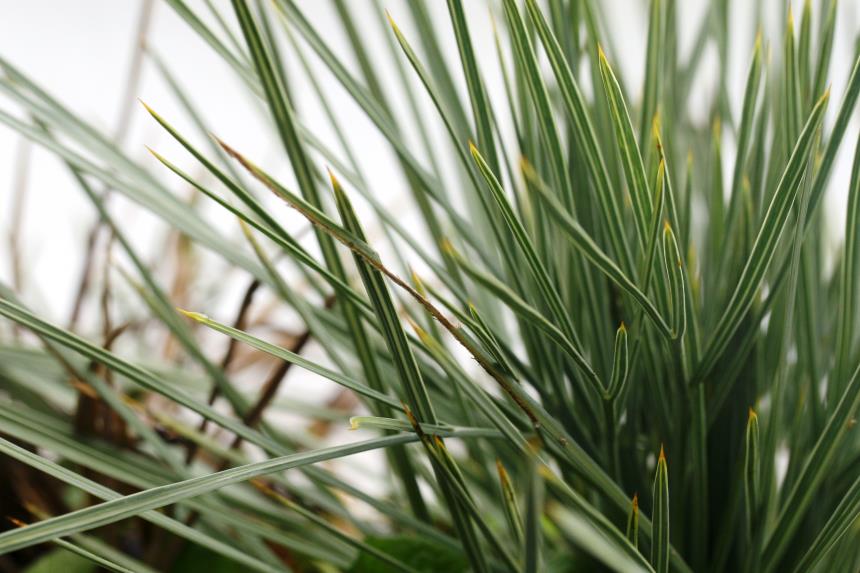 Almost one hundred years ago, in 1922, a small weevil living amongst the Speargrass of the Canterbury region was seen for the last time. Eighty years later, 2002, it was assumed extinct by invertebrate societies but deemed a nationally critical status by the Department of Conservation due to lack of data in order to state its extinction.

Two years later, in 2004, the Canterbury Knobbled weevil, Hadramphus tuberculatus, was rediscovered by Canterbury University student, Laura Young, at alpine Burkes Pass scenic reserve near Lake Tekapo in the South Island of New Zealand. It is considered one of New Zealand’s rarest (1) with a nationally endangered status by UICN (2). 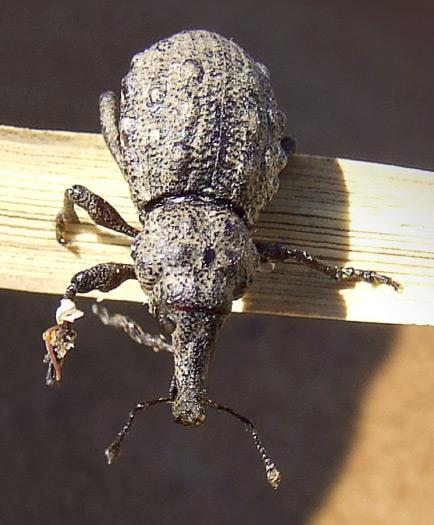 An unlikely sighting, H. tuberculatus is a nocturnal dark brown small weevil, aptly named the Canterbury Knobbled Weevil due to its lumpy back and bark-like body.  The last of the Knobbled weevil enjoy quiet nocturnal (3) feeding on specific Aciphylla plants such as the local golden speargrass plants, Aciphylla aurea (4).  Once spotted the weevils can be identified by their large size (3), growing to about 16 mm.

Once inhabiting much of the Canterbury region, clues of the weevils previous habitat have been discovered throughout the South Island (4). In the northern regions of the South Island, H. tuberculatus fossils have been uncovered from New Zealand Falcon and, now extinct, Laughing owl deposits dating back to the Holocene (4), indicating the knobbled weevil once has a broad habitat, ranging across much of the South Island up to the Nelson region (4).

Currently, the only known population is at Burkes Pass scenic reserve, which has been left preserved in a close to natural state. 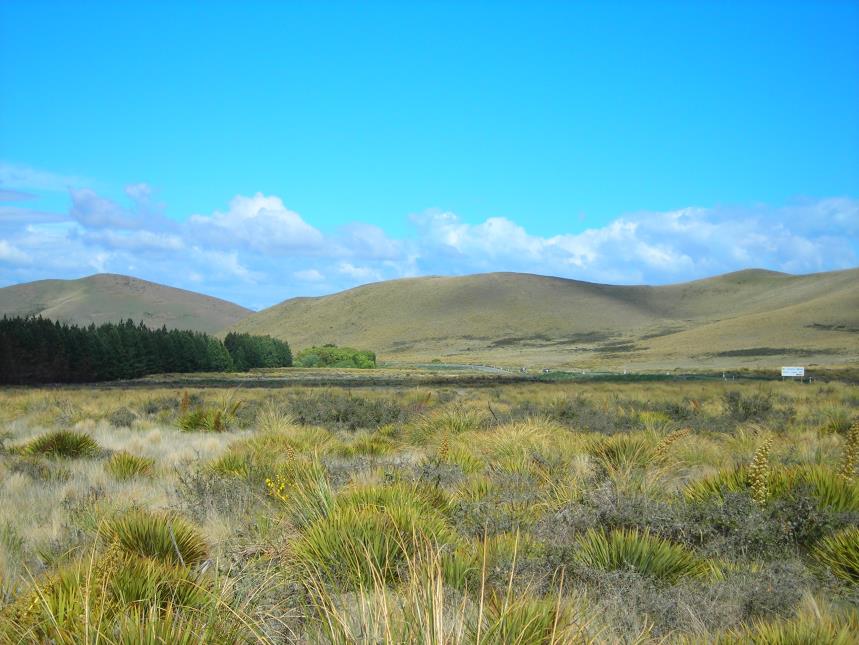 Burkes Pass scenic reserve. Golden speargrass can be seen in the foreground of this image where the last H. tuberculatus population has been found. Credit.

Yearly studies from 2009 to 2011 have reported of dwindling weevil numbers from 138 in 2009 to 76 in 2011 (5). Research into the ecological requirements of the Canterbury knobbled weevil is necessary (6) so in situ research would be ideal for captive recovery efforts or translocation and release.

Population declines are thought to be due to habitat degradation from fires and introduced rodent predation as the greatest threat (4).

In the past fourteen years since the Canterbury knobbled weevil’s rediscovery three papers have been published about the weevils ecology, population and conservation in important New Zealand journals and have received valuable public attention.

Without rediscovery the Canterbury knobbled weevil population may have been left to dwindle silently to extinction but now we have an exciting opportunity to conserve and learn about this unique weevil living amongst the relative safety of the golden speargrass (7).