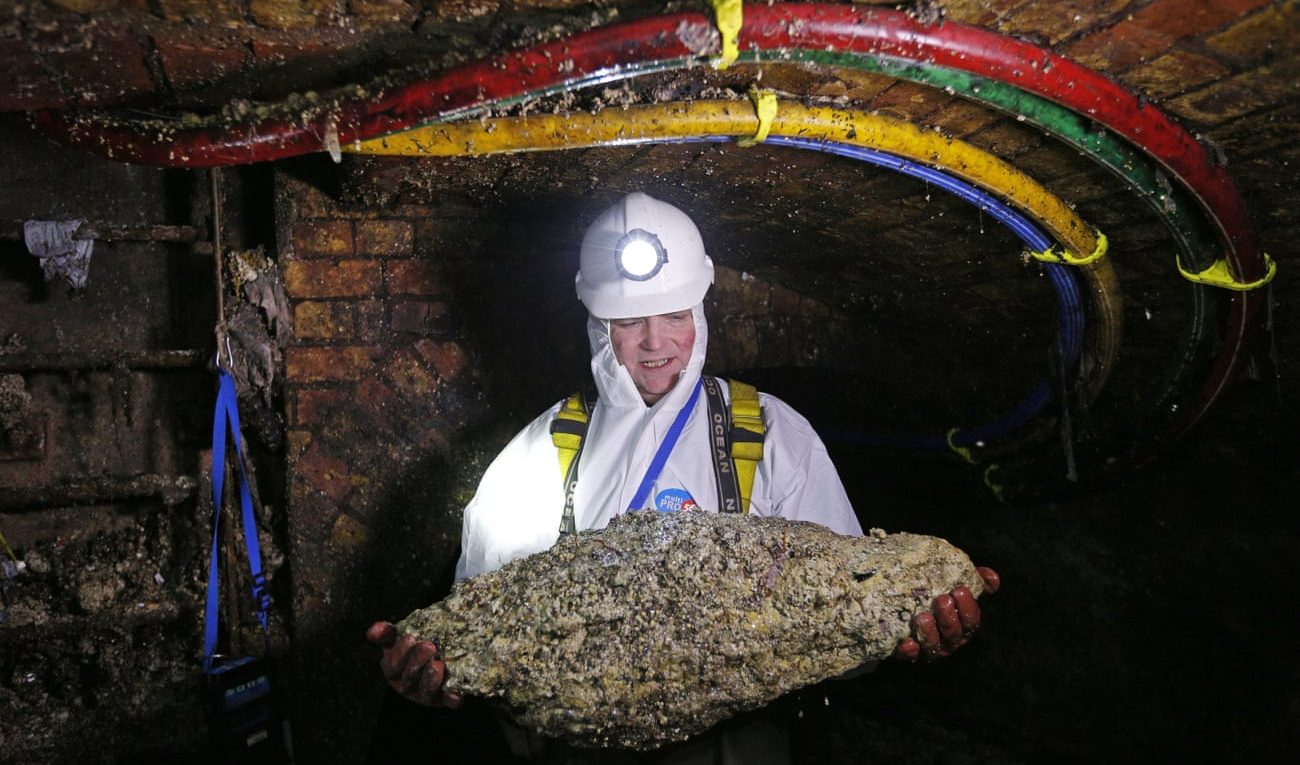 Fatbergs – a reflection of the current, undesirable state of human waste in urban environments, and a symbol of hope for a more sustainable future

The 20th and 21st centuries have seen huge increases in urbanisation. As populations have grown, the ways of life that used to exist have largely been forgotten, with people moving away from rural areas and into high-density urban environments. By 2050, it is expected that over 70% of the world’s population will be based in towns and cities (Beall, 2018). But sadly, the impact of modern day living on people and the environment is not all sunshine and rainbows.

High-density living requires a lot of management, in particular, management of human waste. Today, in our “throwaway age” (Moss, 2018), urban societies face many issues stemming from their “out of sight, out of mind” outlook on waste (Wallace, Gibbons, O’Dwyer, & Curran, 2017). 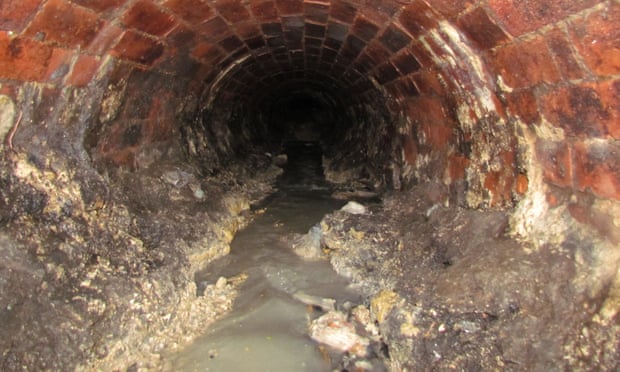 One product of human waste in urban environments of particular noteworthiness in today’s current affairs is what has become known as ‘fatbergs’ (Zimmer, Solomon, & Carson, 2014).

The term ‘fatberg’ can be defined as “a very large mass of solid waste in a sewerage system, consisting especially of congealed fat and personal hygiene products that have been flushed down toilets” (Oxford Dictionaries, 2018). When fat, oil, and grease (FOG) are poured down the sink, they enter the sewer system, where strong oxidising agents break down the FOG in the presence of metal ions, such as calcium, to produce a kind of metallic soap (Wallace et al., 2017). When these ‘metallic soaps’ come into contact with non-biodegradable debris in the sewer, they form a deposit on the sewer wall, which acts as a core, attracting un-reacted free fatty acids and calcium ions in the waste water to it, causing large scale build up and massive issues for wastewater systems (Wallace et al., 2017).

Fatbergs are not harmless, and blockages caused by fatbergs can lead to sewer overflow, flooding, and contamination of water with sewage, posing a risk to the environment, and to human health (Wallace et al., 2017), not to mention the heavy costs associated with fixing blockages (“Fatbergs and burst water mains”, 2018). 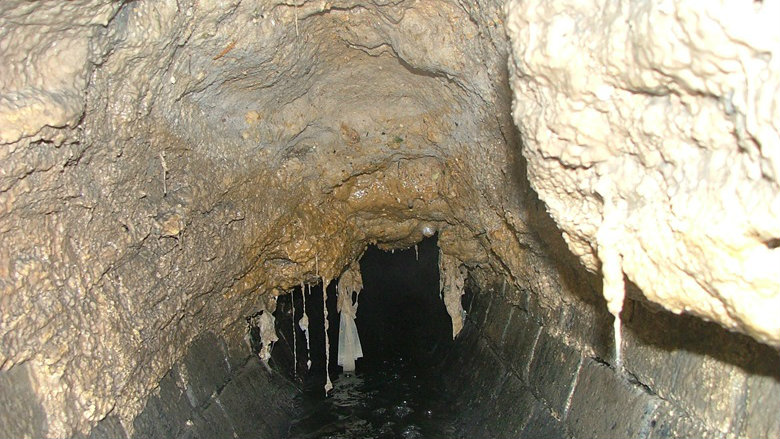 Though the existence of fatbergs is not ideal, there are benefits to these products of human waste. An area of fatberg management quickly gaining momentum is the idea of using fatbergs as a source of biofuel (Wallace et al., 2017). Using waste as a resource provides an exciting sustainable resource management strategy for the future – leading the way to more sustainable urban living (Wallace et al., 2017). Biofuels are essentially FAMEs (fatty acid methyl esters), and it is possible to convert FOG from fatbergs into FAMEs to become a source of biofuel (Lee, Jung, Park, Jeon,Wang, Lee, et al., 2017). Fatbergs have great biofuel potential, with “110,000 tons of used cooking oil disposed of in the UK every year,” it is enough waste to “power 110,000 homes with carbon neutral electricity” (“Bradford tackles blocked sewers”, 2015). And, as this waste already exists, utilising it for biofuel is a much greener method compared to alternatives such as paying farmers to plant energy crops (“Fatbergs clogging sewers”, 2017).

However, though it is possible, there are many technical challenges related to purifying the FOG from fatbergs that need to be dealt with before fatbergs can become an economically feasible bioenergy source (Lee, et al., 2017).

Since their discovery, fatbergs have become a symbol for the problems with our current attitude towards waste, and an insight into a future where behaviour doesn’t change (Moss, 2018). With public awareness being raised through means such as the famous Whitechapel fatberg, currently on display in an exhibition at the Museum of London, fatbergs have brought about a much-needed public discussion on the dangers of ignorant behaviour regarding waste (Moss, 2018).

Bradford tackles blocked sewers with pioneering fats-to-fuel scheme; People are being encouraged to save their cooking oil in ‘fat vats’ rather than pouring it down sink causing “fatbergs” in sewers. (2015, August 26). Daily Mirror [London, England]. Retrieved from http://link.galegroup.com/apps/doc/A426692599/ITOF?u=vuw&sid=ITOF&xid=09ad23bb

Moss, S. (2018, February 18). Don’t feed the fatberg! What a slice of oily sewage says about modern life. Retrieved March 10, 2018, from The Guardian: https://www.theguardian.com/environment/2018/feb/18/dont-feed-fatberg-museum-london-clogging-sewers-oil