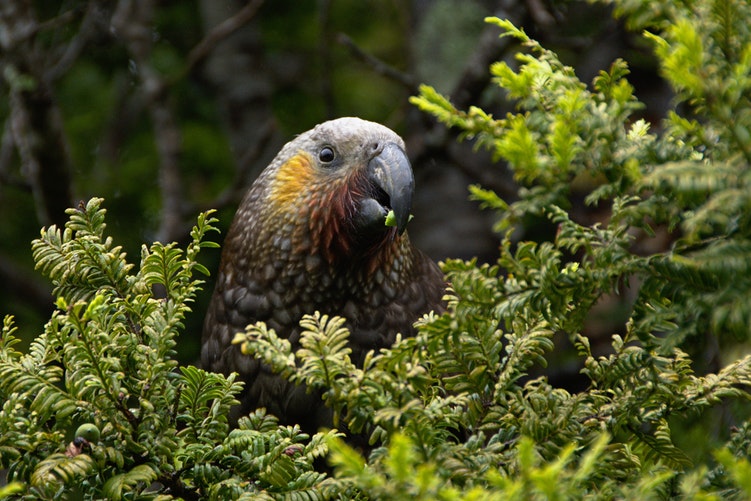 We are fortunate to be surrounded by lush native forest, an abundance of unique birdlife, and (somewhat) clean waterways here in New Zealand. However, there is no denying that our “100% pure” slogan boasted to tourists is deteriorating. In addition to lush forest, we are also surrounded by a multitude of dairy farms. Animal agriculture is becoming increasingly detrimental to the environment. From greenhouse gas emissions and dirtying our waterways, to turning beautiful native forest into farmland, there are severe consequences from the intensification of this industry, and our environment pays the price. Protecting the remaining forests on our planet should be a priority as they store more carbon than any other type of land cover per unit area, as well as being home to a substantial amount of biodiversity and ecosystems1.

Since the industrial revolution, there has been surge in the demand for agricultural land, which has resulted in the conversion of forests to pasture and crop land2. Deforestation has many severe impacts on the environment. Not only does it lower the amount of carbon storage available, but it also releases the carbon dioxide stored in the dead trees back into the atmosphere3. Additionally, the destruction of habitat has led to a rapid decline, even extinction, of a number of animals3.

In the Brazilian Amazon from 2000-2010, the area of deforestation for agriculture was approximately 19,300 km2[1]. Since then, the area of forest destroyed for agricultural purposes has been an average of 5,000 km2 per year1. 20% of the original Amazon forest has been cleared2. This deforestation is predominantly due to both cattle ranching and soybean crops, but the majority of the soybean crops grown are used as livestock feed1.

From a New Zealand perspective, nearly 55% of our land is farmland, and close to 50% of our total greenhouse gas emissions come from the agriculture sector4. These figures are contradictory for a country whose image relies on being “clean and green”. An expansion of dairy farming has led to the conversion of native forest to pasture land, and due to the industry being highly profitable, this will only continue to increase5.

On a global scale, 70% of agricultural land is used for livestock, and with a rapidly growing population the demand for meat is only increasing6. This puts more pressure on the land and requires forests and grasslands to be converted to agricultural land6. The global population is estimated to reach 11 billion by 2050, so continually deforesting land for food production is not sustainable7. We need to consider how more food can be produced from the same amount of land or less, which is a concept known as “sustainable intensification”7. A study conducted by Röös et al. (2017) found that shifting to a plant based diet would decrease land used for agriculture by 64%. This is because a considerable amount of the grain that is grown to feed livestock could simply be consumed directly by humans instead8. More than one third of the world’s grain is used to feed to livestock, while in the US this amount sits at an elevated 70-80%9.

With an increasing population, minimising deforestation will not be a simple task. However, I urge everyone to consider the impact of their diet and consumption choices on the environment.