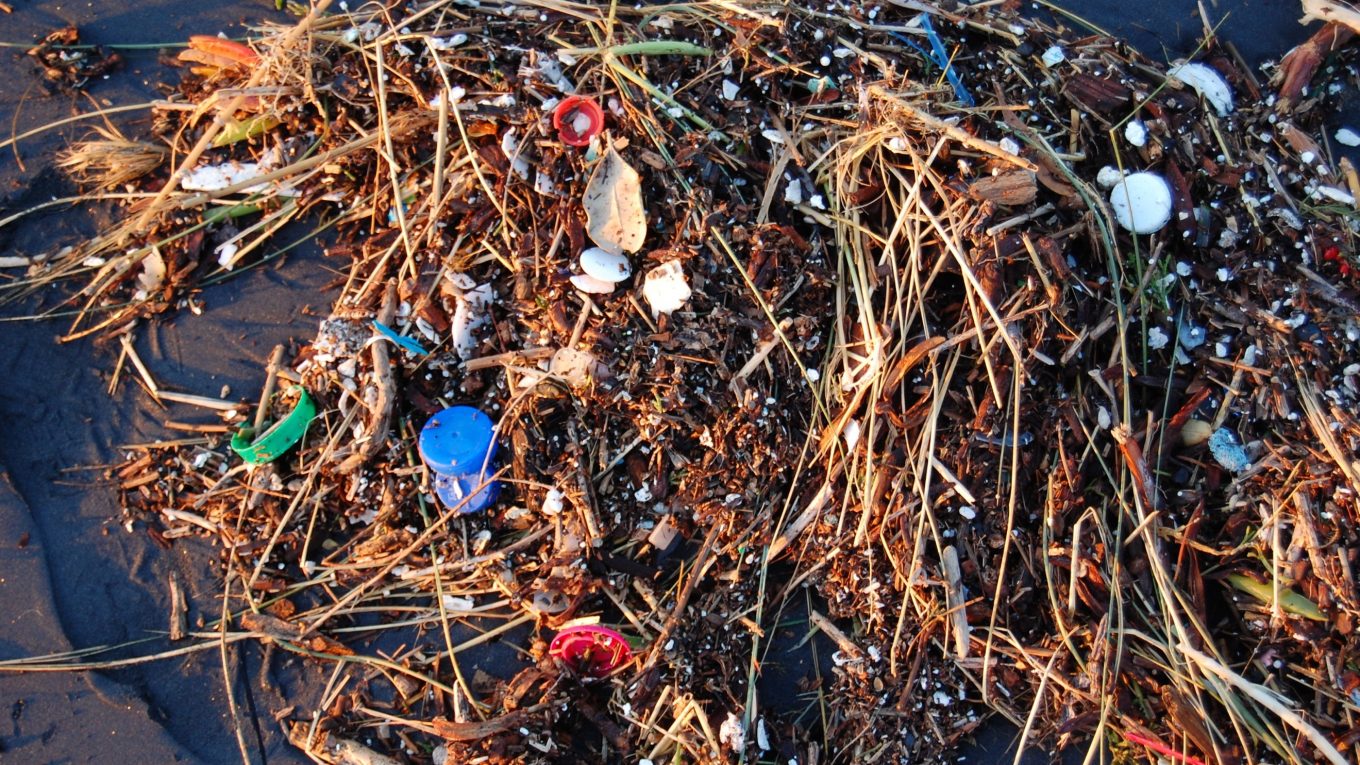 People have turned a blind eye to the consequences of plastic consumption, and the effects are floating in the ocean today, larger than ever. ‘The Great Pacific Garbage Patch’ is a large mass of non-degradable plastic in the ocean, which boats cannot travel through due to densely packed marine debris. Materials that make up marine debris consists of any trash from land-based activities, it could be from rubbish dumped into the ocean by boats, the wind carrying litter from land. Over the decades, marine debris has accumulated to a substantial amount and it’s largely due to the result of human plastic consumption. This has become detrimental to the overall ecosystem health, as it’s a huge risk to marine organisms, birds, and humans.

The garbage patch is situated in the North Pacific Gyre, spanning the water between the West Coast of North America, and near Japan. There are four major currents that travel around the Pacific Ocean moving in a clockwise direction: the California, North Equatorial, Kuroshio and North Pacific currents. The center of the gyre is where ‘The Great Pacific Garbage Patch’ lies due to its calm and stable water, allowing it to enclose marine debris[1].

People have a perception that the ‘garbage patch’ consist of only large quantities of floating rubbish, however, in reality, it’s not. Materials that make up the garbage patch consist of plastics that don’t biodegrade but break down into little pieces of plastics called micro plastics. The micro plastics are roughly 3 millimeters to microns in size and tend to be on the surface water or sinking down to various depths of the ocean[2].

A large issue for the surrounding environment is that marine organisms and birdlife mistake these tiny bits of plastic for food. Albatross mistake microplastics for fish eggs and feed it to their chicks and sea turtles mistake plastic bags for jellyfish[3]. When animals consume plastic, it reduces the nutrients in their guts, and the ingested toxic substances contract the stomach, causing blockage of the digestive system.[4]

Plastic doesn’t only affect marine organisms, it has a health impact on humans. Scientists have found out that microplastics have a large surface area which allows it to absorb and concentrate organic pollutants such as dichlorodiphenyltrichloroethane (DDT) and polychlorinated biphenyls (PCBs). These pollutants transfer to the tissues of marine animals that digest plastic. Therefore, seafood that humans consume is concentrated with toxins[5]. In 2005, it was identified that 20 percent of the total animal protein intake was derived from fisheries for more than 1.5 billion people[6]. This bioaccumulation effect is significant as seafood is an important food group for humans.

Unfortunately, it’s very unlikely that humans can completely clean up this garbage patch as the abundance of plastic would have generated an unimaginable amount of microplastics. Some of these tiny plastics has been mixed into ocean sediment on the seafloor by wind and wave actions[7], making it difficult to remove it from the ocean floor. For larger marine debris, a new technology by Greenhost has been created to minimise 50% of the garbage patch in 5 years. A floating barrier is moved by wind and waves to collect floating plastic on surface waters, and a skirt is used to stop microplastics escaping underneath[8]. Although this won’t completely clean the garbage patch, it’s still a start.

[1] Silverman, J. (n.d.). Why is the world’s biggest landfill in the Pacific Ocean?. Retrieved from https://science.howstuffworks.com/environmental/earth/oceanography/great-pacific-garbage-patch.htm

[3] McCormick, M. (2015). How the Great Pacific Garbage Patch is Destroying the Oceans and the Future for Marine Life. Retrieved from https://www.onegreenplanet.org/environment/great-pacific-garbage-patch-is-destroying-the-oceans/

[6] Green Facts. (n.d.). How much fish is consumed worldwide?. Retrieved from https://www.greenfacts.org/en/fisheries/l-2/06-fish-consumption.htm