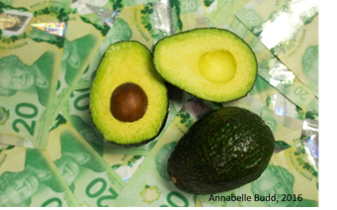 Amongst all imported goods, there is a hidden cost – the environmental and public health damage we incur as a result of the global shipping industry. International marine shipping transports between 80-90% of the world’s traded goods and consequently is responsible for 5-8% of global sulphur dioxide ( SO2) emissions per year, amongst other harmful pollutants[1-4]. Toxic to aquatic and terrestrial environments through acidic deposition, SO2 is also harmful to human health in the short and long term[5]. Immediate effects often include wheezing and irritation of the eyes, nose and throat[6]. Whereas repeated exposure increases the risk of developing respiratory and cardiovascular complications, with the potential of losing two years life expectancy[7].

Through an international fleet of 50,000 merchant ships, shipping freight rates alone currently contribute upwards of $600 billion NZD to the global economy through the transport of 32 billion tonne-miles in 2018, a figure which has quadrupled over the last four decades[8]. Understandably, increased industry growth has seen matched an increase in harmful pollutants like SO2.

Luckily member states of the International Convention for the Prevention of Pollution from Ship (MARPOL) have agreed upon a global sulphur cap of 0.5% for marine fuel emissions. Coordinated through the International Maritime Organization, a series of recommendations has suggested ways of meeting the target. These are chiefly the switching to of fuel systems to liquefied gas, using ‘low sulphur fuel oil’, or installing sulphur scrubber systems[9]. However, adoption of these suggestions has fallen short largely due to cost.

Renown for it ‘Clean and Green’ image[10] and possessing a developed health sector, New Zealand is surprisingly still undecided on sulphur amendment to the MARPOL agreement, despite the known harm of SO2 to environment and public health[11].

On a regional scale, this reluctance is even more astounding. Auckland waterfront connects the central business district to the nearby port. Auckland’s port is the second largest in New Zealand and despite a ~5% decline in shipping volume over the last financial year[12], the industry reported increases in the level of exports from 2012 to 2017[13]. Growth is expected to continue as the New Zealand Transport Minister recently announced plans to allocate more funding towards developing coastal shipping facilities[14]. Alongside growth in maritime industries, the resident population of the Auckland urban area increased by 15% between 2010 and 2017, with approximately 100,000 individuals living with 3km of the port as of 2017.

This proximity started to cause concern after an Auckland Regional Public Health Service report[11] found elevated concentrations of SO2 near Auckland Waterfront as a direct result of docked vessels and cruise ships. Under north westerly winds, these concentrations were found to be four times higher than other sites around Auckland city.

The capital is still yet to conduct its own monitoring of SO2 concentrations as a result of shipping emissions. This is particularly concerning considering the compact urban structure and bustling local port and ferry operations of Wellington. A lack of monitoring shows in part a failure to acknowledge the cost of growth in the capital. This contradiction is highlighted through recent activism driving for a concerted response to global climate change, suggesting the need to increase focus on a national scale in our efforts to contribute meaningfully to the prosperity of the environment and its inhabitants.

[11] Phillipps A (2017) Submission to the consultation on MARPOL Annex VI: treaty to reduce air pollution in ports and harbours. Auckland