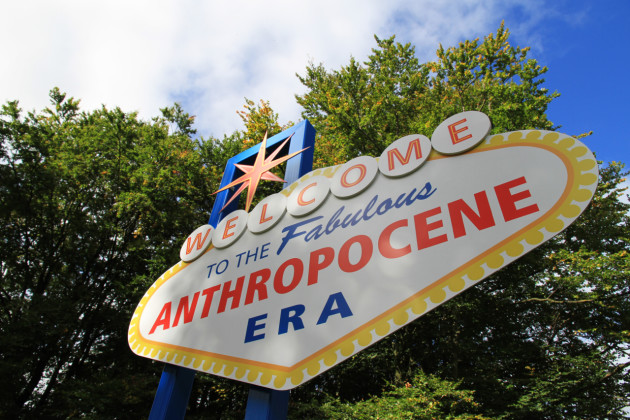 If the entire length of time that Earth has been around for was represented by a 24-hour clock, the amount of time humans have been here is shown by less than one second1. During this time, there have been around 31 ice ages as shown by oxygen isotope ratios in benthic records2 and global carbon dioxide levels3 (figure 1). These ice ages are part of a naturally occurring cycle which changes the global climate of the earth and has an impact on living organisms from humans to the microorganisms which make life possible.

There are arguments as to when the Anthropocene began, with it now having been settled as 1945 when the Trinity atomic bomb was exploded4, but it has also been suggested that it should start in the 1800s at the beginning of the industrial revolution5. The first industrial revolution was a significant time in humanity’s history, but it was also the start of large amount of emissions making their way into the atmosphere. In 1750, the carbon dioxide level of the atmosphere was around 280 ppm and as of April 7th, 2020, the level is 415 ppm, higher than has been shown in ice cores from the past 800,000 years6.

It was only around fifty years ago when there began to be widespread concern about the high levels of fossil fuels being burnt and sending emissions up into the atmosphere but many scientists thought that they were sending us into an ice age7 and we would not see the 21st century. Perhaps it was these efforts to warm the Earth and prevent an ice age which have increased global temperatures by 0.7°C in the past 100 years8. Or perhaps these articles from the 70s, which many people likely remember today, are the reason for the mindset of denying manmade climate change causing global warming.

Carbon dioxide (CO2) is the most influential greenhouse gas because, although it absorbs less heat than methane or nitrous oxide, it is more abundant and much longer lived6. It is also important because it lowers the pH of the ocean and causes it to become more acidic9. The amount of carbon dioxide in the atmosphere is increasing at an exponential rate, much faster than has been seen for the past 800,000 years (figure 2). These increased amounts of atmospheric carbon dioxide are estimated to be the cause of over half the total energy imbalance which is resulting in the global average temperature increase.

In such a short space of time, geologically speaking, humans have had a serious impact on the cycles which have been controlling the natural environment for millions of years. The emissions which have been released into the atmosphere since the start of the industrial revolution have damaged the earth and most likely prevented the next ice age from occurring, having drastic affects on what is to come unless urgent measures are taken to counteract the emissions in the atmosphere.

5. Stromberg, J. (2013, January). What is the Anthropocene and are we in It? Smithsonian Magazine. https://www.smithsonianmag.com/science-nature/what-is-the-anthropocene-and-are-we-in-it-164801414/

8. How is today’s warming different from the past? (2010, June 3). [Text.Article]. NASA Earth Observatory. https://earthobservatory.nasa.gov/features/GlobalWarming/page3.php