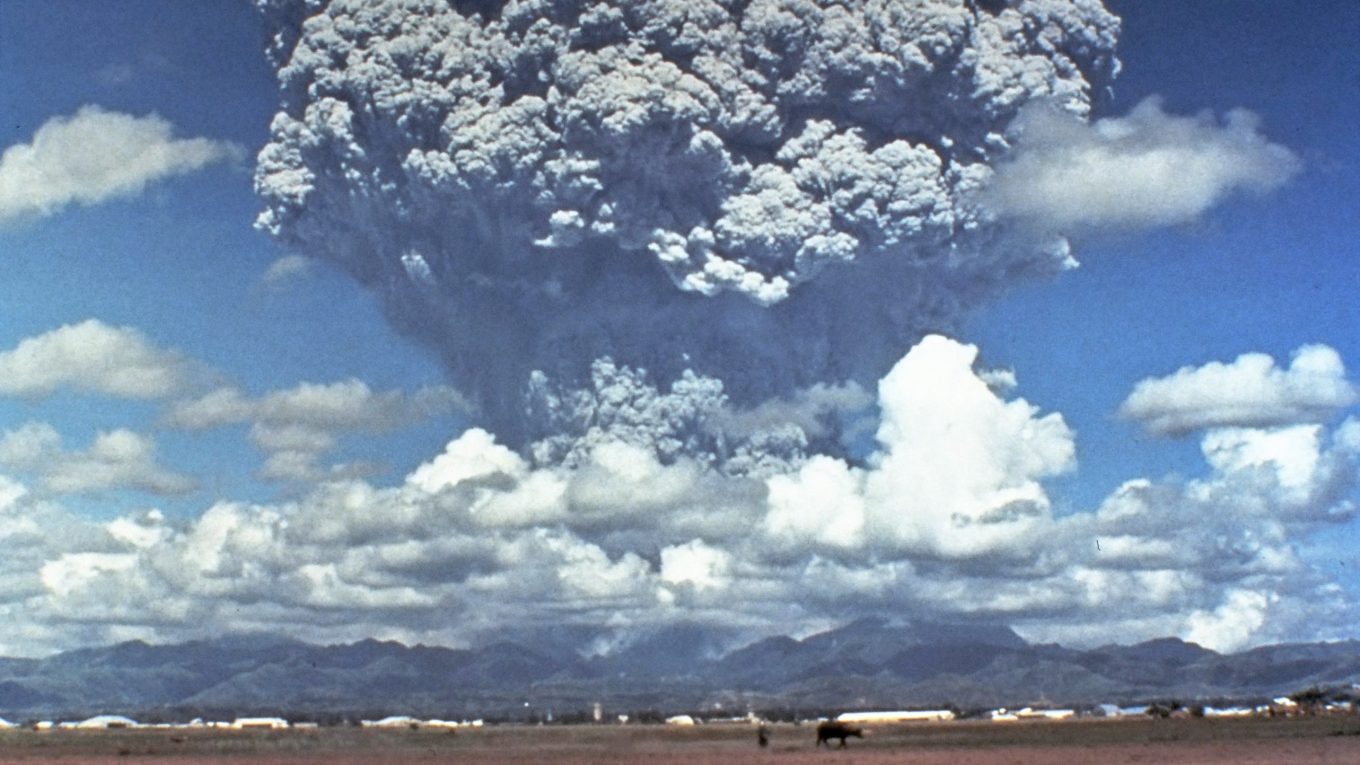 With New Zealand experiencing a rare volcanic eruption in December 2019 and our current climate emergency, understanding volcanic eruptions and their effects on climate could be relevant to New Zealand and to the rest of the world in reducing the chances of our next mass extinction.

Throughout history, we have seen thousands of volcanic eruptions, from Mount Tambora to White Island, each having a unique array of physical characteristics and phenomenons. When volcanoes erupt, gases, ash and pieces of earth vacate the magma chamber from underneath the volcano in a range of forms that have varying short-term effects, but there are two main substances that have intriguing long-term effects – Carbon Dioxide and Sulfur[1] . These two products of 1 volcanic eruptions are key for the warming and cooling effect, which have the potential to contribute significantly to Earth’s climate.

Carbon Dioxide and The Warming Effect

When a volcano erupts, carbon dioxide is released into the atmosphere, which is what we call the greenhouse effect. The greenhouse effect is the slow but imminent process that is heating up the surface of our planet above ordinary temperatures[2]. This is the main driver of global climate change and has numerous varying implications on our modern earth.

Sulfur and The Cooling Effect

The other element that is released from volcanic eruptions is sulfur dioxide, which is converted to sulfuric acid in the stratosphere after the eruption. Strong winds then catch this compound and spread it around the earth, causing sunlight to be reflected, thus cooling the earth[4]. An example of this phenomenon is the Mount Pinatubo Eruption in 1991, where the amount of sulfuric acid from Mt Pinatubo was in the atmosphere was the largest recorded in recent times. As shown in figure 2, in the two years following the Pinatubo eruption, the surrounding area experienced a temporary period of relatively cooler climate and a shift in Asian rainfall patterns after it began to shift back to normal[5]. Following this eruption, scientists were able to see the potential benefits of volcanic eruptions of this calibre and predict how future eruptions from other volcanoes could affect climate.

In theory, this sounds like the answer to all of our climate problems, although it is far from it. The combination of sulfur dioxide, along with hydrogen chloride and hydrogen fluoride gases, which are also emitted from the volcanic eruption, in combination with the water vapour in the atmosphere, creates acid rain. Acid rain can cause detrimental impacts to oceans, flora, fauna and infrastructure[6].

To summarise, volcanic eruptions do have an effect on climate. Some eruptions contribute to climate significantly, others minimally, but not nearly as much as anthropogenic processes have impacted climate. This is unsettling, the fact that we are able to control what we as humans are able to release into the atmosphere, yet we release the most, whereas natural disasters that are uncontrollable, such as volcanic eruptions, release the least pollution to our atmosphere[7].

3. USGS. (2015). Volcanoes can affect the Earths climate . Retrieved 2015, from https://volcanoes.usgs.gov/vhp/gas_climate.html

6. USGS. (2015). Volcanoes can affect the Earths climate . Retrieved 2015, from https://volcanoes.usgs.gov/vhp/gas_climate.html

7. Schlemmer, S. (2009, February 11). Are Volcanoes or Humans Harder on the Atmosphere? Retrieved from