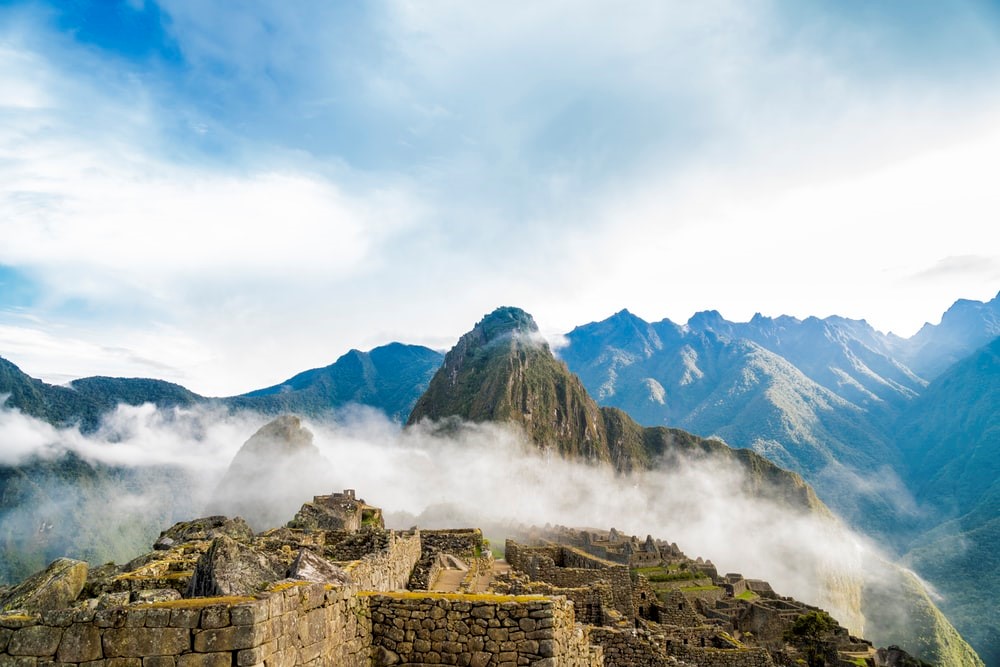 What do sea surface temperatures in the Pacific Ocean have to do with the rise and fall of one of the greatest pre-modern civilisations? Read on – you might be surprised!

The Incan Empire was, at the height of its power, the largest in North or South America. By the time of the Spanish conquest in 1532, it ruled over an area stretching from the top of modern-day Ecuador to the middle of Chile, containing a population of over 8 million.[1]

Commonly shortened to ‘ENSO’, this is a natural climate cycle which occurs because of warmer or colder than normal sea surface temperatures in the eastern Pacific Ocean.[2] It has two phases, El Niño and La Niña, which typically last for one or two years before alternating.[3] An El Niño event occurs when the westward-blowing trade winds decrease in strength, allowing the warm waters of the west Pacific Ocean to move east towards the coast of South America. This causes convection centres to also move eastwards, resulting in increased rainfall in this region.2 A La Niña is the opposite, causing drier conditions along the South American coastline.3

Due to their position along the coast of South America, pre-Incan societies were often affected by ENSO. El Niño events, occurring every 2 – 10 years,[4] could unleash catastrophic flooding, resulting in severe damage to agriculture and loss of life.[5] On top of this, drought conditions between about 1100 and 1300A.D further increased the contrast between the ‘normal’ dry climate and the heavy rainfall of an El Niño period. 4

To combat climate variability, the immediate predecessors of the Incans came up with some smart solutions. These included building raised fields to protect crops from El Niño floodwaters[6], and networks of extra irrigation canals with overflow channels.4 It is thought that ENSO events forced pre-Incan societies to respond in an organised way,6 and cultural development such as this helped to pave the way for the innovative, powerful Incan Empire that rapidly developed during the 1400s.1

Did ENSO contribute to the fall of the Incan Empire?

The role of ENSO cycles in the fall of the Incan empire is less clear. El Niño abnormal rainfall and vegetation growth in the deserts of northern Peru may have assisted the Spanish in their conquest of the Incan Empire in 1582.[7] However, it is difficult to find evidence for this, the far more obvious culprits being the onset of an Incan civil war combined with diseases bought by the Spanish.[8]

While the evidence is shaky for the part of ENSO in the fall of the Incan Empire, it seems that the climate variability caused by ENSO may have played a part in the rise of the Incan Empire. By using innovative techniques to adapt to climatic conditions beyond their control, pre-Incan societies were able to build a strong base from which the Incan empire could rapidly expand. Perhaps in our own time of climate uncertainty, we could learn a thing or two from this adaptable, resourceful ancient people!