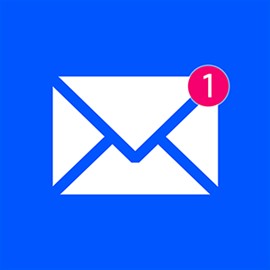 Just like any other technology, there are consequences to using email to communicate, whether it’s with family, colleagues or even potential customers. The sending and receiving of emails leaves behind a carbon footprint: an amount of carbon dioxide emitted into our atmosphere and contributing to global warming.

But what exactly is the carbon footprint of an email? Is it comparable to other technologies used in daily life? Should we be being more thoughtful about our email practices?

To send or receive an email your laptop, phone or tablet needs to have electronic charge to operate. You also need connection to the internet and each email needs space in data centers as it is transmitted from one address to another[4]. Each step uses energy that creates a carbon footprint as it is created.

The total carbon emissions associated with emails are[1]:

So, let’s put it into context:

It sounds like a lot, but the average kiwi emits 10 tons of CO2 every year, making emails less than 2% of total emissions[3].

So should you pay more attention to your emailing habits? It wouldn’t hurt! If you want to reduce your personal carbon footprint then unsubscribing from unnecessary mailing lists or going to your lecturer’s office hours you would mean less emails in and out of your inbox and a decrease in your emissions.

However, a more effective way to reduce the overall carbon footprint of emails could be to address the way that energy is being generated to power our technology. The data centers used to store and transmit emails are using increasing amounts of energy as the technology industry grows, with their percentage of total emissions from the technology sector increasing from 17% in 2011 to 23% in 2020[1]. These centers are able to be powered using renewable energy sources and some companies are already doing this; Apple has purchased wind farms, and use solar and geothermal energy to power their centers and Google has committed to the goal of having 100% renewable energy sources for all its data centers[1].

By raising awareness of the carbon footprint of the technology industry and putting pressure on governments to create energy policies for tech companies you can be a part of a broader solution that puts pressure on corporations who are capable of making big changes that individuals can’t.

So be a part of the change: organize your subscription lists, sign petitions, vote in elections and get involved in renewable energy discourse!

[1] CustomMade. “Infographic: The Carbon Footprint of the Internet,” April 13, 2015. https://climatecare.org/infographic-the-carbon-footprint-of-the-internet/.