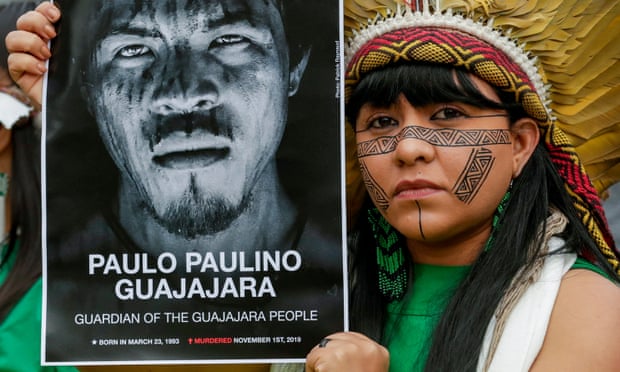 South America is home to the largest biodiverse rainforests on Earth. As a result, greedy businesses, financers and governments all across the globe have been exploiting the valuable resources these million-year-old forests hold. Logging, mining, hydroelectric projects and agrobusiness are just some of the many climate wrecking activities causing irreversible harm on the South American continent.

Brazil is the world’s leading exporter of beef[1] with 159 million hectares of land used for pasture growth[2]. It has also been reported that between the years of 2002 and 2018 more than 20 million hectares of tropical forests were cleared in the Amazon purely for beef production. This is equivalent to a rainforest the size of the United Kingdom[3]. However, agrobusinesses is not the only concern, oil, gas and mining companies situated in South America pose a massive threat to the entire Earth’s climate. Replacing these massive carbon sink forests with machinery which continuously pumps vast amounts of carbon dioxide into the Earth’s atmosphere is increasing the rate of global warming. It is also important to realise that politics and governments have a lot of control on the land they govern. For example, the rate of deforestation in indigenous territories has increased to 71% since the Brazilian president Jair Bolsanro was elected[4]. This information proves that environmental activism is essential in Latin America to prevent further destruction on their people’s environment.

Resources in these tropical forests are being over exploited and will continue to unless action takes place. As more studies have been published, environmental activists in South America are demanding legal action takes place to control the amount of harm done on their environment. Harrowing, a large quantity of these environmental activists are Indigenous peoples defending their land and communities. Unfortunately guarding their land comes at extreme costs. In 2019 over two thirds of environmental activists murdered were from Latin America[5]. According to global witness 64 of the 212 activists murdered came from Columbia, with South America being the worst affected region for activist killings since 2012[6]. These brave people are not only risking their lives but are also vulnerable to physical violence, threats, sexual violence and severe harassment through judicial proceedings. Justice is not enough for these land defenders, Educating Latin American people on the detrimental damage occurring to their land must be implemented.

People all across the world should be influence by the bravery these people had, and therefore amplify what these land defenders were fighting for. Businesses, financers and governments should be held accountable and laws must be put into place to prevent their constant climate-wrecking activities. Through their bravery these Latin Americans have fought for something that seemed impossible. But through their courage, these land defenders have brought situations to light which wouldn’t be heard of otherwise.